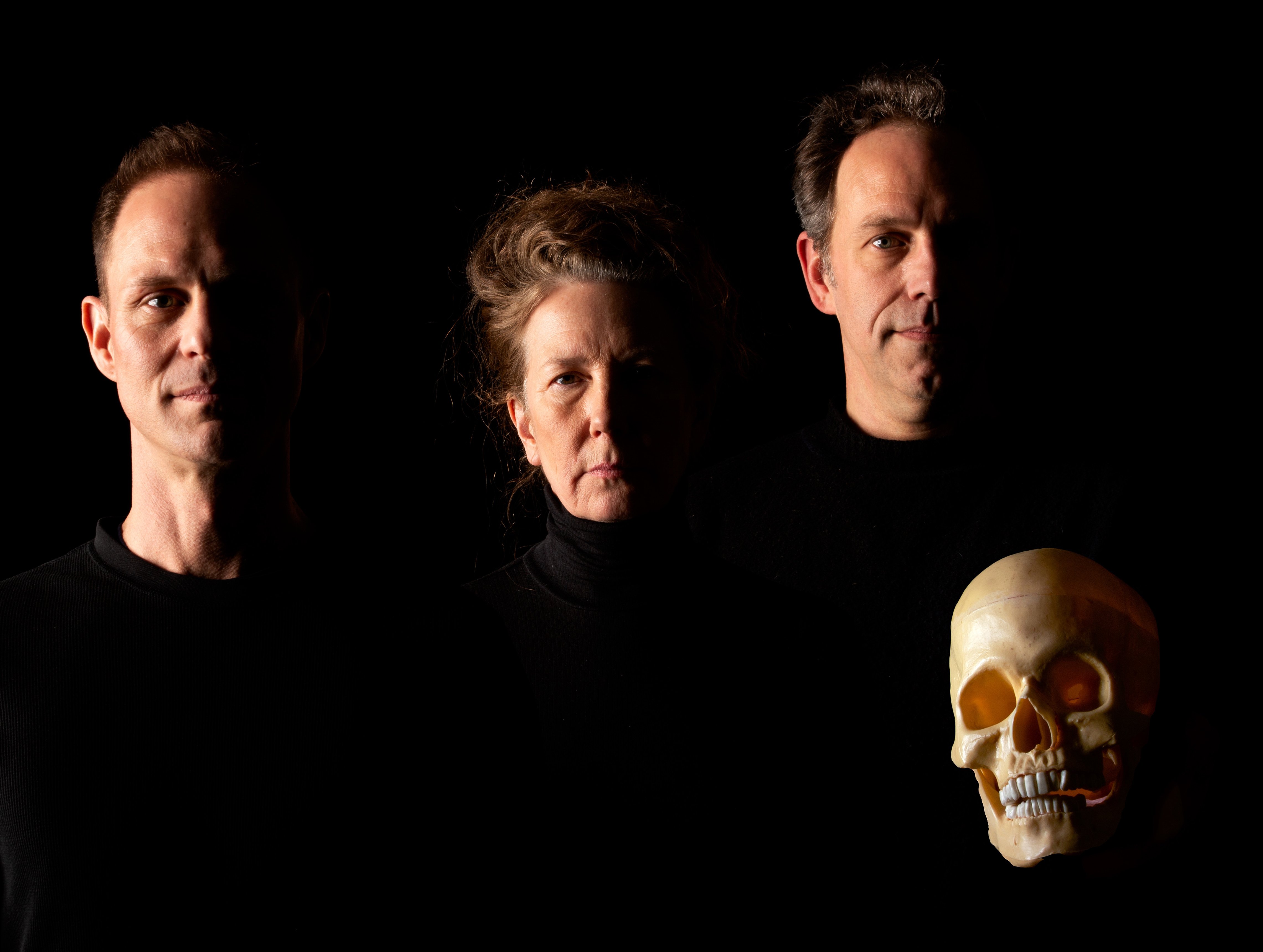 No Theater, the resident theater of A.P.E., performs Martin McDonagh’s A SKULL IN CONNEMARA, a dark comedy by the writer/director of the Academy Award winning film THREE BILLBOARDS OUTSIDE EBBING, MISSOURI, for 6 performances only, March 21-30, at 8:00 pm at A.P.E., 126 Main Street, Northampton, MA.

A SKULL IN CONNEMARA was first presented as a Druid Theatre Company and Royal Court Theatre co-production in Galway, Ireland and then in London in the summer of 1997.  “Mr. McDonagh’s great strength is that he combines a love of traditional story-telling with the savage ironic humour of the modern generation….  In A SKULL IN CONNEMARA, a gravedigger, whose job is to disinter the bones of seven-year-old corpses and smash them to a pulp, is hotly suspected of killing his wife.”  THE GUARDIAN

Performed by No Theater veterans Roy Faudree, Charles Holt, Jane Karakula and Tom Mahnken, the play takes place in McDonagh’s fictional rural West Ireland small town where people “smile at you ‘til you’re a mile away before they start talking behind your back.”

Based in Northampton, No Theater has been presenting their new original experimental works in Western Massachusetts and around the world since 1972, alongside innovative productions of plays by such diverse writers as Shakespeare, Chekhov, Čapek, Kroetz, Gogol, Williams, Albee, Berkman, Maceda, Mullin, McDonald, and Maxwell.

Ms. Karakula and Mr. Faudree appeared in No Theater’s 1974 original production of THE ELEPHANT MAN before touring the work to New York in 1978 and reviving the production in The Academy of Music in 1986.  Mr. Mahnken, founder and bass player for local band Trailer Park, appeared last year with Ms. Karakula and Mr. Holt in No Theater’s “google gogol” and in several episodes of No Theater’s ROAD TO HELL locally and in Rotterdam, as well as the European and Asian tours of No Theater’s END OF THE ROAD, a collaboration with the Young at Heart Chorus.  Mr. Holt performed No Theater’s CHUCK in the Rotterdam Festival and regularly works with The Cardboard Sea, a theater based in Asheville, NC, which last summer toured its original production THE AMENDMENTS to Northampton.

Faudree started No Theater with Sheena See in 1972 and both tour internationally with the New York based theater company The Wooster Group.  Throughout the 1980s Karakula, See and Faudree toured such original No Theater productions as DFS (de fiance suction), LAST RESORT and DUPE to New York, San Francisco and festivals and theaters throughout Europe.