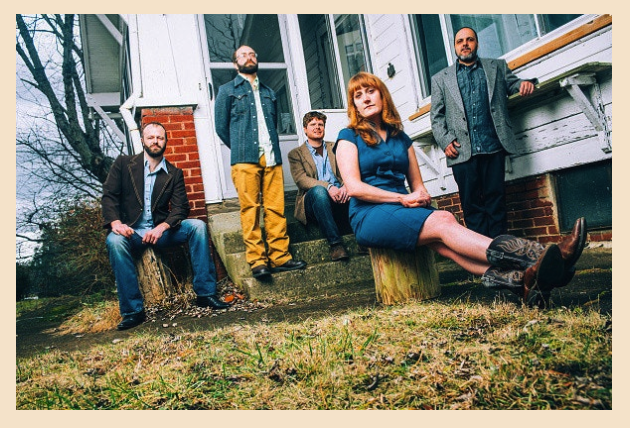 Amanda Anne Platt & The Honeycutters
Amanda Anne Platt & The Honeycutters, an Asheville, NC-based original country roots band, is set to release their third studio album, Me Oh My, on April 21, 2015 with Organic Records®. Led by songwriter Amanda Anne Platt, The Honeycutters include Tal Taylor on mandolin, Rick Cooper on bass, Josh Milligan on drums, and Matt Smith rounds out the band on pedal steel, electric guitar, and dobro to create a sound that carries just as well across the bar room as in a church or a theater. Fueled by the powerful songwriting and vocals of founder Amanda Platt, Me Oh My moves her into the spotlight as producer, band leader, and principal creative force behind the band. With songs that are honest and relatable, part chagrin and part hope, Platt’s voice carries a timeless appeal.

Monica Rizzio
No stranger to the east coast music scene, Texas-bred and Cape Cod washashore, Monica Rizzio is emerging as one of the finest singer songwriters that call New England home. For over 10 years she played fiddle and sang with Tripping Lily, a folk acoustic pop band, who toured up and down the east coast. In 2012, Monica left the band to rejuvenate her passion for music and began writing to help cope with the loss of the band and love. At FreshGrass, the following year, while perusing the vendors Rizzio found a 1956 Martin 0-18 guitar that would change her life and her song. She calls it the “moment I found Jesus again.” Drawing on her East Texas roots, Monica and her Martin, brought back the the little girl who loved to barrel race on her horse Bo, and she found her outlaw country sound deep within the folk world. Her debut album, aptly named, Washashore Cowgirl, is completely autobiographical, often times delivered in a fictional approach, sometimes with humor, and sometimes so strikingly honest you can feel the pain in her voice. The album is a testament to the relationships she has forged with many artists over the years and features Mark Erelli, Sierra Hull, Abbie Gardner & Molly Venter of Red Molly, G. Love, Tim Chaisson, Brittany Haas, and Laney Jones. Last December, Monica shared the stage with Tom Rush and Red Molly at his annual show at Symphony Hall in Boston and has supported Dianna Krall, Slaid Cleaves, and Joan Osborne. Washashore Cowgirl will be released in early 2016.

“Monica paints a picture and tells a story with her music. And not only is she a great musician, but it’s her voice that really draws you in and keeps you there. I look forward to hearing more music from her…” — RAUL MALO (THE MAVERICKS)