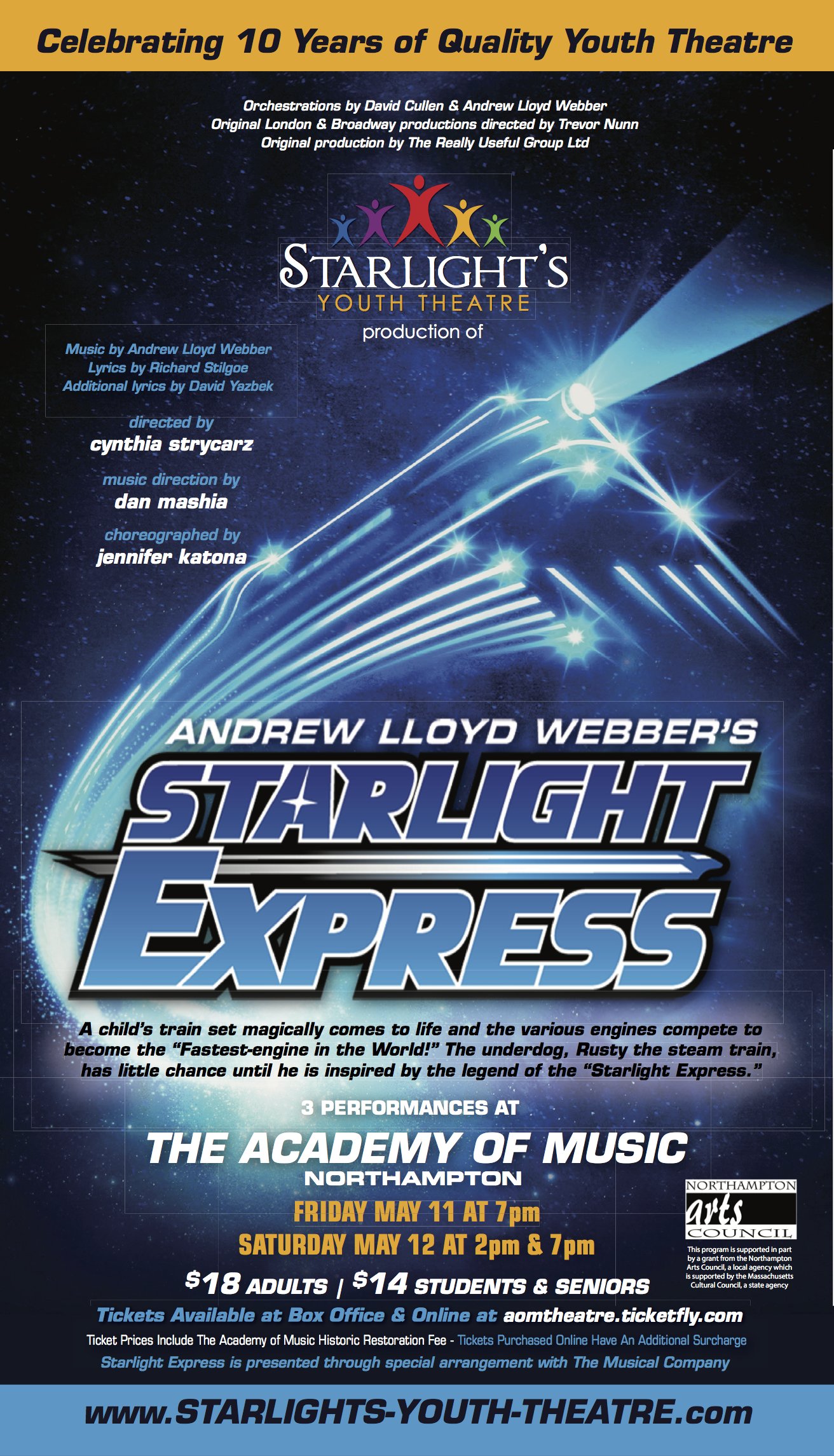 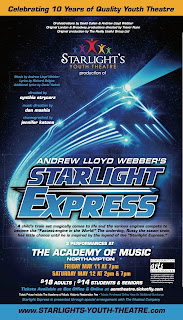 Starlight Express is a rock musical by Andrew Lloyd Webber. In the story, a child’s train set magically comes to life, and the various engines compete to become the “Fastest Engine in the World”. The underdog, Rusty the steam train, has little chance until he is inspired by the legend of the Starlight Express, ultimately winning both the race and the heart of first-class coach Pearl.
It is one of the longest running musicals in West End history, with 7,408 performances. It is also the most popular musical show in Germany, where it has been performed continuously since 1988. Join Starlight’s Youth Theatre on May 11 and 12 for three performances at the Academy of Music in Northampton.