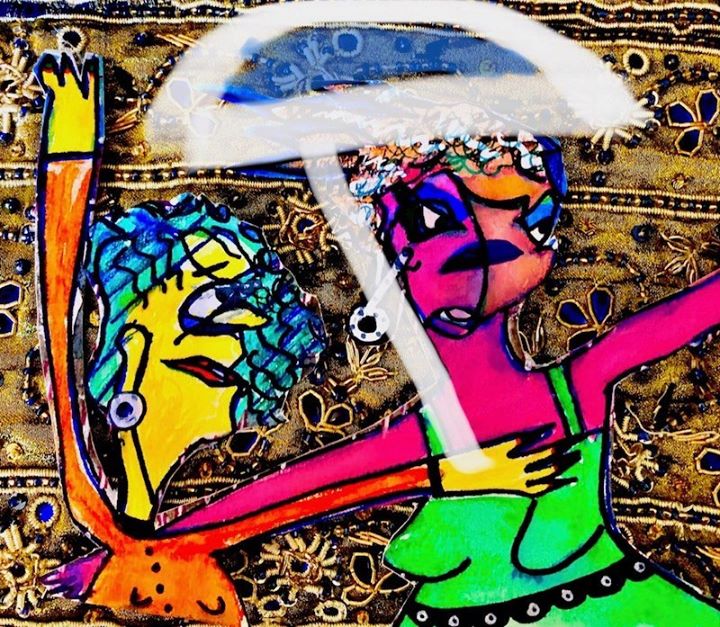 Terry Jenoure’s “Great Expectations” is a series of handmade doll sculptures, paper dolls and illustrations. They are inspired by letters written to my grandmother when she arrived in New York from Jamaica in the early part of the 20th century. Whether built into the figures, or more abstractly referenced, these letters from my great-grandmother and other ancestors are central and express their excitement, concerns, caution, but ultimately their hope for her success in the new world.

Pasqualina Azzarello’s “Sender/Receiver: Our Infinite Atmospheres” is a series of paintings that explores radical self-acceptance and transformative change. Each one is made with water-based media and utilizes direct and reflective mark-making to create human forms that represent, embody, and inhabit the interface of psychological and physiological healing. In its entirety, the series consists of 200+ works and continues to grow.