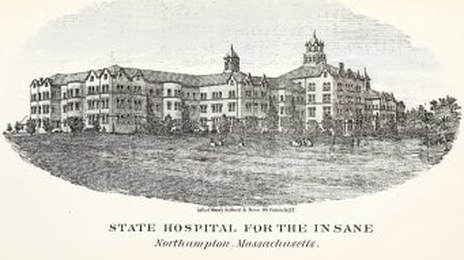 This 1994 episode of PBS’s Frontline (60 min.) focuses on Northampton and the stories of families, individuals, lawyers, psychiatrists and caregivers as they dealt with the effects of the closure of Northampton State Hospital. It includes scenes filmed at Shaw’s Motel. According to PBS, this episode “examines the troubling conflict between protecting the rights of the mentally ill to live outside of the mental hospitals and safeguarding society from those who are dangerous to themselves and to others.”

Introductory remarks by and a follow-up conversation with Christopher Sparks, a local writer on Northampton State Hospital and dehospitalization.