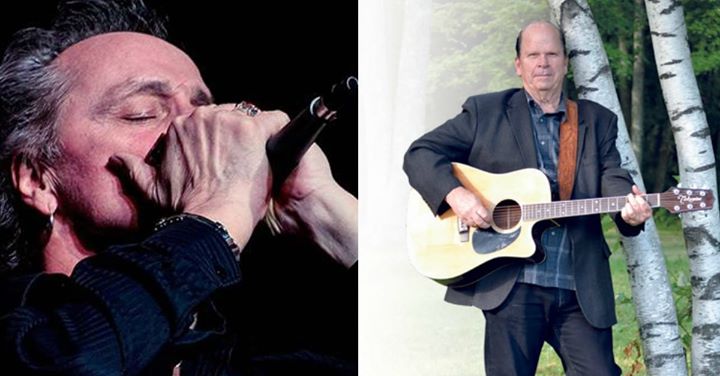 When blues legend James Montgomery plays the harmonica, he “brings it on home”. Whether it’s recording with Kid Rock, sitting in with Gregg Allman, or fronting his hot band of thirty years, Montgomery plays with authority. While growing up in Detroit he learned first-hand from the masters – James Cotton, John Lee Hooker, and Jr. Wells – at the legendary “Chessmate.” Over the years, he’s carried on in the tradition and continues to be a vital presence in Blues as one of the most dynamic performers on the scene.

Peter Newland, founding member and singer/songwriter for the local rock band FAT, tasted the star power of a nationally released album in the early 1970s that led to a gig touring as the opening act for the Allman Brothers. He’s still the front man for FAT and he’s found a home with two more local bands. RadioXile marries Newland’s talent with Mark Pappas on guitar, Chet Pasek on drums, Tom Petri on bass and Ralph Whittle on keyboards.