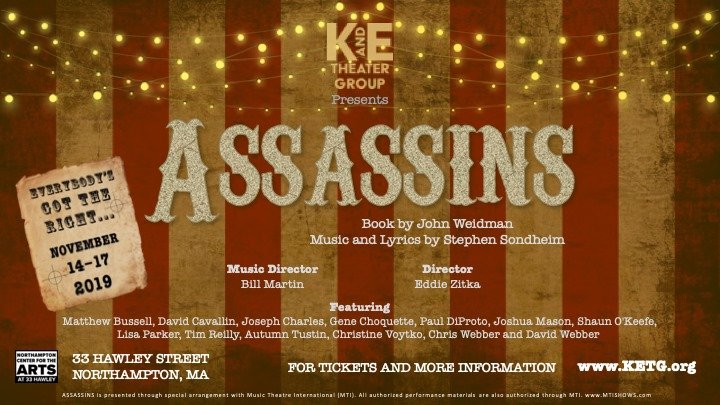 K and E Theater Group presents the final production of its 2019 season, “Moments” with ASSASSINS at the Northampton Center for the Arts in Northampton, November 14-17, 2019

A multiple Tony Award-winning theatrical tour-de-force from John Weidman and Stephen Sondheim, ASSASSINS combines Sondheim’s signature blend of intelligently stunning lyrics and beautiful music with a panoramic story of our nation’s culture of celebrity and the violent means some will use to obtain it, embodied by America’s four successful and five would-be presidential assassins. Bold, original, disturbing and alarmingly funny, ASSASSINS is perhaps the most controversial musical ever written.