KidsBestFest is a film festival for kids and their adults with free admission during winter school break on the big screen at the Academy of Music Theatre! KidsBestFest, a part of the Four Sundays in February winter arts series, is presented by the Northampton Arts Council and the Academy of Music Theatre. We kick off the film festival on Monday February 18th at 11:00am with one screening of The Big Bad Fox and Other Tales, followed on Tuesday the 19th with one screening of Jim Button and Luke the Engine Driver at 11:00am, on Wednesday the 20th we will show Willy Wonka and the Chocolate Factory (1971) at 11:00am, Thursday the 21st is Lu Over the Wall, and we will wrap up the film festival on Friday February 22nd with one showing of Kubo and the Two Strings. 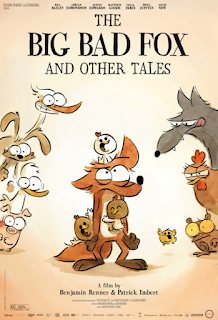 From the creators of the Academy Award®-nominated Ernest & Celestine comes another hilarious, heartwarming tale of animal misfits destined to become a classic. The countryside isn’t always as calm and peaceful as it’s made out to be, and the animals on this farm are particularly agitated: a fox who mothers a family of chicks, a rabbit who plays the stork, and a duck who wants to be Santa Claus. If you think life in the country is a walk in the park, think again! Directors Benjamin Renner and Patrick Imbert adapt Renner’s own acclaimed graphic novel into a delirious, delightful triptych of interlocking stories, with a pacing and visual spontaneity that harkens back to classic Looney Tunes shorts and slapstick two-reelers. But underneath the gags (and there are plenty of them), the three stories offer a sensitive and beautiful portrayal of family and the anxieties of modern life. 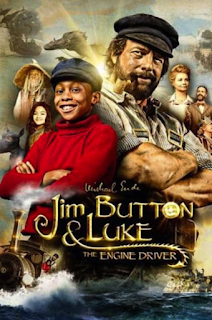 Based on the bestselling novel by Michael Ende (The Neverending Story), this epic fantasy adventure follows a young orphan boy JIM BUTTON, his best friend LUKE and a magical steam engine called EMMA as they travel across the world in search of the truth about where Jim came from. Battling pirates and dragons, outsmarting make-believe giants, they must travel through the Forest of a Thousand Wonders, beyond the End of the World to find the hidden Dragon City. 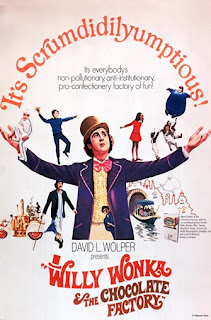 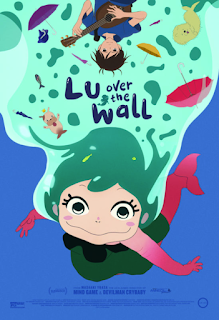 From visionary anime auteur Masaaki Yuasa comes a joyously hallucinogenic but family-friendly take on the classic fairy tale about a little mermaid who comes ashore to join a middle-school rock band and propel them to fame. Kai is talented but adrift, spending his days sulking in a small fishing village after his family moves from Tokyo. His only joy is uploading songs he writes to the internet. When his classmates invite him to play keyboard in their band, their practice sessions bring an unexpected guest: Lu, a young mermaid whose fins turn to feet when she hears the beats, and whose singing causes humans to compulsively dance – whether they want to or not.

As Kai spends more time with Lu, he finds he is able to tell her what he is really thinking, and a bond begins to form. But since ancient times, the people in the village have believed that mermaids bring disaster and soon there is trouble between Lu and the townspeople, putting the town in grave danger.  Winner of the Grand Prize at the prestigious Annecy Animation Festival and an official selection of Sundance 2018, Lu Over the Wall is a toe-tapping, feel-good demonstration of Yuasa’s genre-mixing mastery that will leave you humming long after you leave the theater. 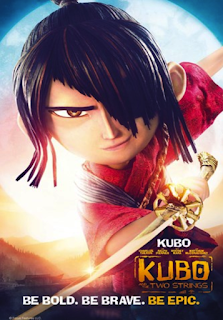 A young Japanese boy embarks on a journey to learn the truth about his missing father. Along the way, he battles the vengeful Moon King and two evil twin sisters with his shamisen, a magical stringed instrument.