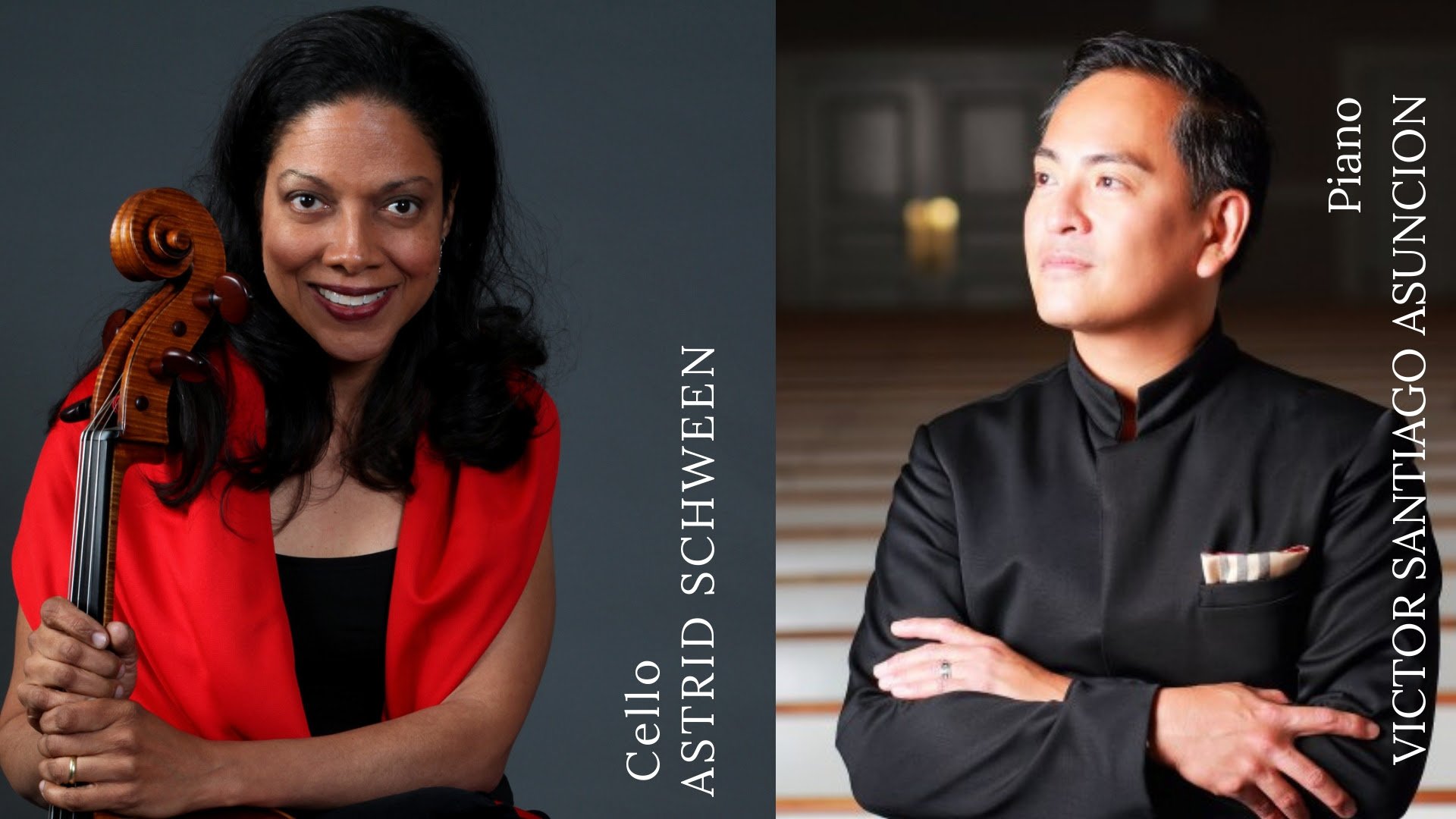 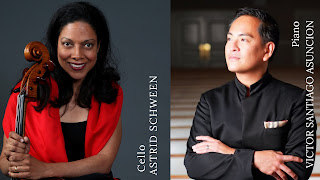 Astrid Schween
Cellist Astrid Schween has gained a rich following and enjoys a varied career as a soloist, chamber artist and teacher. Since joining the Juilliard String Quartet in 2016, she has appeared at Amsterdam’s Concertgebouw, the Musikverein in Vienna, the Berlin Konzerthaus, London’s Wigmore Hall, Yamaha Hall in Tokyo, and in Hong Kong, Singapore, Greece, China, Spain, Scandinavia and throughout the US, with concerts at the Lincoln Center Chamber Music Society, New York’s 92nd Sreet Y, Ravinia, Tanglewood and the Kennedy Center. With degrees from the Juilliard School, Astrid Schween received her training under the guidance of Leonard Rose, Harvey Shapiro, Bernard Greenhouse, Ardyth Alton and Dr. H.T. Ma, and was mentored as a young cellist by Jacqueline Du Pré and Zubin Mehta. She participated in the Marlboro Music Festival, the William Pleeth Cello Master Classes in Aldeburgh and made her debut at the age of 16 with the NY Philharmonic.

Recent solo engagements have taken her around the US, with a performance of the Elgar Concerto in Boulder, CO. Other concerto appearances have included performances with the Memphis Symphony and at the Peninsula, Interlochen and Sewanee festivals. Astrid Schween was recently featured in Strings and Strad magazines, on various NPR programs, and was a guest speaker on Women in Music at the Library of Congress. She also appears on Classical music internet platforms such as “Living the Classical Life,” The Violin Channel and CelloBello. Her current collaborations include frequent appearances at the Seattle Chamber Music Festival, recitals with pianists Victor Asuncion, Randall Hodgkinson and a soon-to-be-released CD of Romantic cello sonatas with pianist Michael Gurt. Recent collaborative releases appear on the Sony, Centaur and JRI labels. Next season, Astrid Schween will appear as special guest artist at the Cleveland Cello Society and in Minneapolis at the 20th Biennial Suzuki Associations of the Americas Conference.

Astrid Schween is a member of the cello faculty at Juilliard and the Perlman Music Program on Shelter Island. She was for many years, senior cello faculty at Interlochen, the University of Massachusetts Amherst and Mount Holyoke College. She was also cellist of the Boston Trio, a frequent guest with the Boston Chamber Music Society and a longtime member of the Lark Quartet, with whom she earned the Naumburg Chamber Music Award, appeared at Carnegie Hall, Lockenhaus, the Schleswig-Holstein Festival and other prestigious venues. Additional recordings appear on the Arabesque, Decca/Argo, New World, CRI and Point labels. She is represented by Thomas Gallant of General Arts Touring.
Victor Santiago Asuncion

Hailed by The Washington Post for his “poised and imaginative playing,” Filipino-American pianist Victor Santiago Asuncion has appeared in concert halls in Brazil, Canada, Ecuador, France, Italy, Germany, Japan, Mexico, the Philippines, Spain, Turkey and the USA, as a recitalist and concerto soloist. He played his orchestral debut at the age of 18 with the Manila Chamber Orchestra, and his New York recital debut in Carnegie’s Weill Recital Hall in 1999. In addition, he has worked with conductors including Sergio Esmilla, Enrique Batiz, Mei Ann Chen, Zeev Dorman, Arthur Weisberg, Corrick Brown, David Loebel, Leon Fleisher, Michael Stern, Jordan Tang, and Bobby McFerrin.

A chamber music enthusiast, he has performed with artists such as Lynn Harrell, Zuill Bailey, Andres Diaz, James Dunham, Antonio Meneses, Joshua Roman, Cho-Liang Lin, Giora Schmidt, the Dover, Emerson, Serafin, Sao Paulo, and Vega String Quartets. He was on the chamber music faculty of the Aspen Music Festival, and the Garth Newel Summer Music Festival. He was also the pianist for the Garth Newel Piano Quartet for three seasons. Festival appearances include the Amelia Island, Highland-Cashiers, Music in the Vineyards, and Santa Fe.

His recordings include the complete Sonatas of L. van Beethoven with cellist Tobias Werner, Sonatas by Shostakovich and Rachmaninoff with cellist Joseph Johnson, the Rachmaninoff Sonata with the cellist Evan Drachman, and the Chopin and Grieg Sonatas, also with cellist Evan Drachman. He is featured in the award winning recording “Songs My Father Taught Me” with Lynn Harrell, produced by Louise Frank and WFMT-Chicago. Mr. Asuncion is the Founder, and Artistic and Board Director of FilAm Music Foundation, a non-profit foundation that is dedicated to promoting Filipino classical musicians through scholarship, and performance.

He received his Doctor of Musical Arts Degree in 2007 from the University of Maryland at College Park under the tutelage of Rita Sloan. Victor Santiago Asuncion is a Steinway artist.