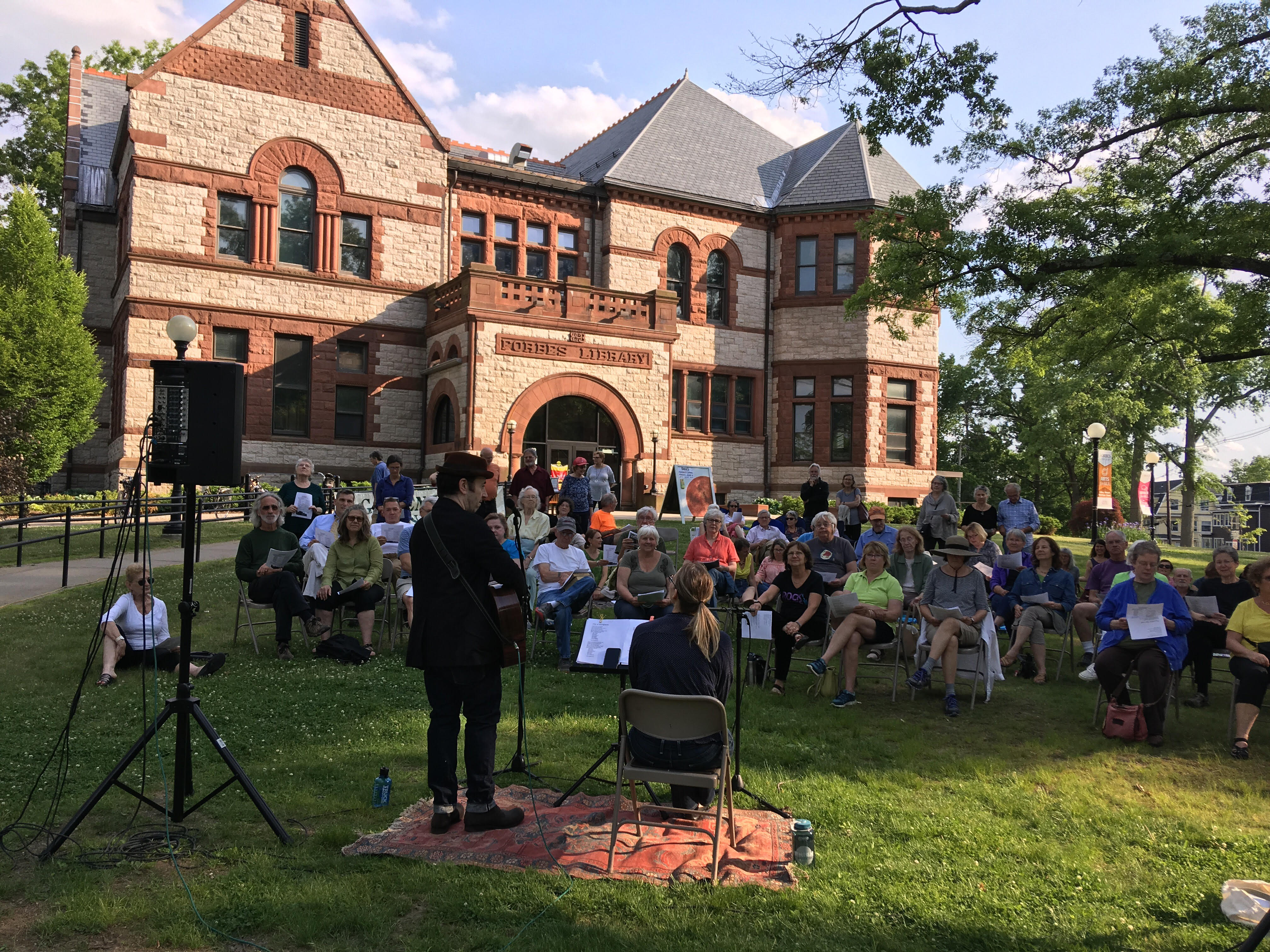 We’re back at the air-conditioned Northampton Senior Center, the Wednesday August 1, 7:00-9:00pm,
with Joe Blumenthal and the A-E-I-O-Ukes.

Free and open to the public.

This program is supported in part by a grant from the Northampton Arts Council,
a local agency which is supported by the Massachusetts Cultural Council, a state agency.