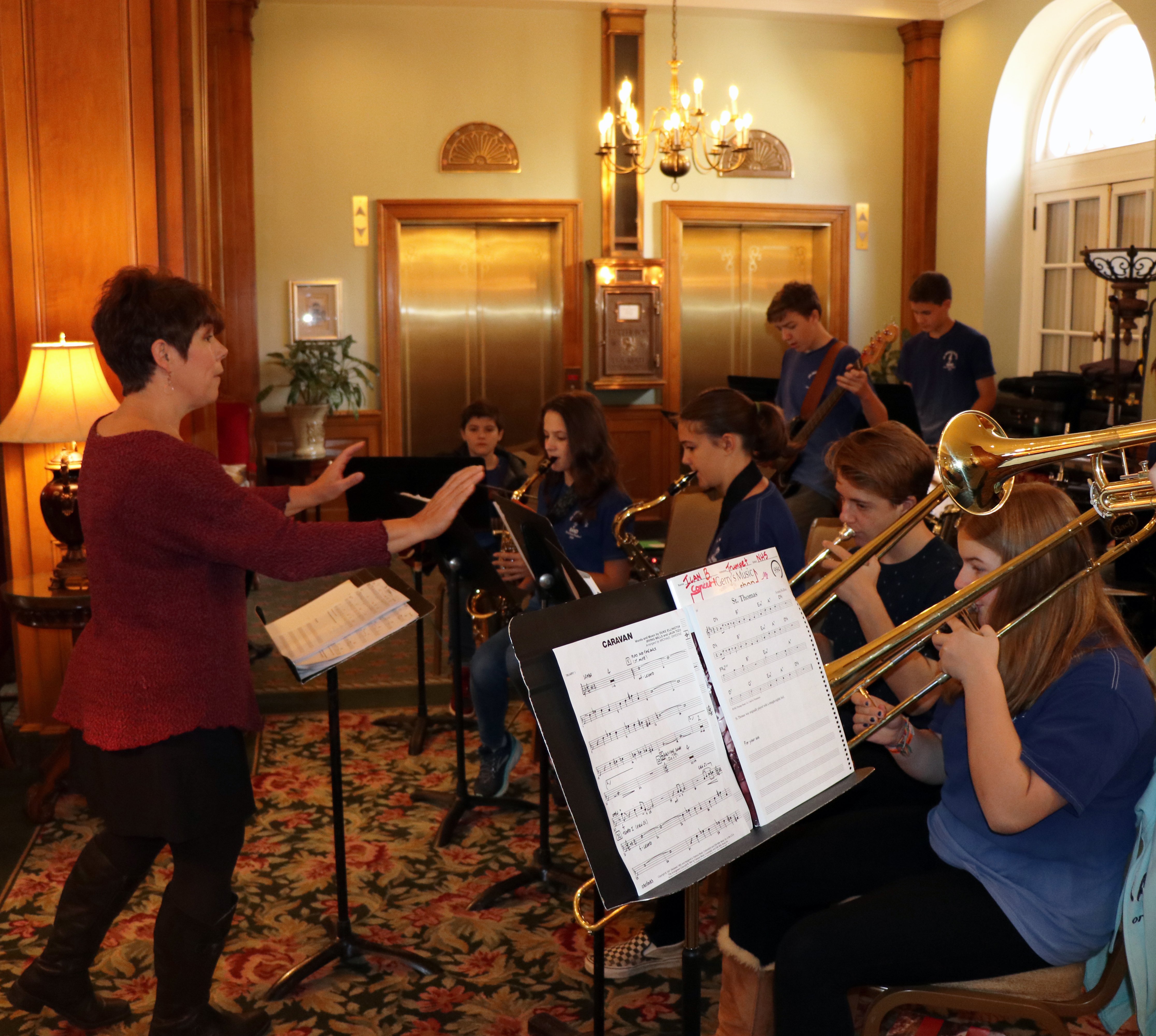 WHERE: Various Locations in Downtown Northampton

Event to feature 16 performances, including headliner, the Kurt Elling Quintet

The 2019 Northampton Jazz Festival will bring 16 performances of live jazz ensembles to more than a dozen venues throughout downtown Northampton on Friday, Oct. 4 through Sunday, Oct. 6, including the renowned Kurt Elling Quintet.

Since its beginnings in 2011, the goal of Northampton Jazz Festival organizers has been to expand the exposure of people of all generations, ethnicities and orientations to live jazz while also attracting new visitors to Northampton, benefiting both the city’s economy and culture.

“Residents, downtown merchants, city legislators and visitors have expressed a desire to bring live music to downtown Northampton,” said Ruth Griggs, president of the Northampton Jazz Festival. “The festival offers a positive, upbeat, family-friendly and accessible opportunity for the general public to experience the joy of live music performed by everyone from Grammy Award winners like Kurt Elling to local jazz musicians and dynamic rising stars.”

This year’s festival will begin with the Friday Jazz Strut, when guests can stroll to and from eight different breweries, cafes and bars in downtown Northampton, where live jazz musicians will be performing between 5 and 11 p.m. There will be no cover charge for any of the Friday shows, which will be offered at Pulaski Park, Iconica Social Club, Haymarket Café, Northampton Brewery, Platform Sports Bar, Progression Brewery and McLadden’s.

The three days of events culminate with the Sunday Jazz Brunch at The Delaney House, 3 Country Club Road in Holyoke, starting at 11 a.m. Proceeds from the brunch, which features the Atla and Matt DeChamplain Quintet from noon to 2 p.m., will benefit the Davis Financial Group Jazz Artists in the Schools Program, which exposes Northampton’s JFK Middle School jazz student musicians to the mentorship of professional jazz artists.

While the goal of promoting jazz music while attracting visitors to Northampton has been steadfast since the festival’s beginnings, a lot has changed since it was first founded in 2011 by John Michaels, Jeff Siegel, Jesse Adams, William Collins and Rick Gifford. The original model, between 2011 and 2015, was to stage the festival behind Thornes Marketplace in a parking lot using a built stage, a beer garden and food trucks and vendors. Two other indoor locations hosted student musicians and more performers set up on the courthouse lawn.

After a hiatus, the Northampton Jazz Festival was revived by new organizers in 2018, but with a new style, with performances hosted by community venues across the city.

“We collaborate with the Downtown Northampton Association, and involve merchants, venue owners and managers, and city officials in our planning,” Griggs explained. “In doing so, the festival has become a community effort that benefits all involved, including the city’s merchants, who saw an uptick in business last year.”

The 2018 festival was a hit, attracting more than 2,000 people from across Massachusetts, Vermont, New Hampshire, New York and Connecticut to see shows by local, regional and internationally recognized musicians while also enjoying the shops, galleries and restaurants of Northampton.

“Our goal is not only to expand the love of live jazz music to people of all ages and backgrounds, but also to bring tourists and business to the city through a unique event that only Northampton, with its highly walkable, accessible streets and welcoming merchants, could hold,” Griggs said. “With the 2018 opening of MGM Springfield, we are determined to produce unique, cultural and highly accessible events for thousands to enjoy, keeping Northampton a popular destination.”

For more information about the Northampton Jazz Festival, visit northamptonjazzfest.org.