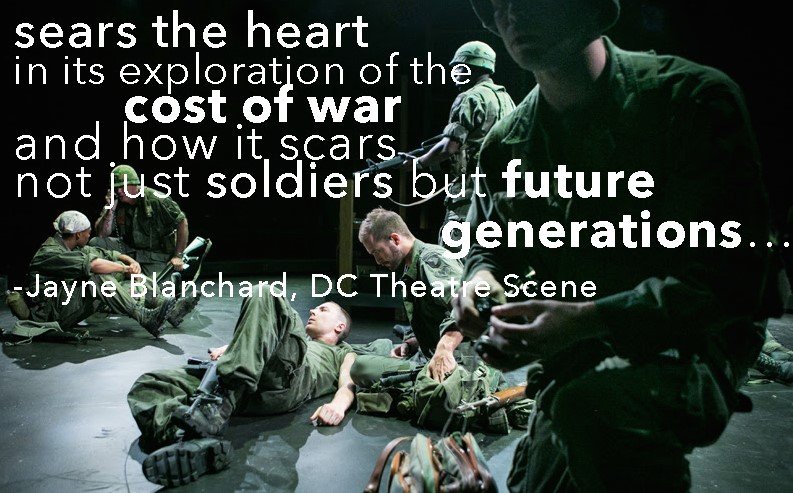 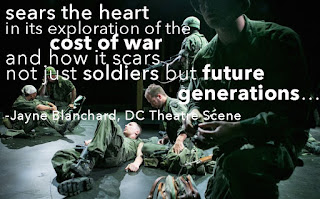 WHAT: Occupied Territories by Nancy Bannon and Mollye Maxner
WHERE: The Flex Space at 33 Hawley Street, Northampton, MA.
WHEN: July 26 & 27 – 7 p.m.

Two readings of the off-Broadway play Occupied Territories by Nancy Bannon and Mollye Maxner will take place at the Flex Space at 33 Hawley Street, Northampton, Mass.

The readings — one on July 26 and one on July 27 — will include actors from the Off-Broadway production and local veterans and will highlight the intergenerational impact from wartime service.

Free BUT SEATS ARE LIMITED!
To reserve a seat, email lisathompson@apearts.org

There will also be a free writing workshop: July 27, from 1 to 4 p.m. in connection with Occupied Territories. This workshop will be led by acclaimed Vietnam Veteran and prize-winning author, Preston Hood of Colrain, Mass., at the Flex Space. People interested in joining the workshop should send an email to mamaxner@gmail.com.

Occupied Territories is part of “What We See”, four weeks of theater projects presented by A.P.E. @Hawley.

Supported in part by a grant from the Community Foundation of Western MA and the Northampton Arts Council.

Several community partners in western Massachusetts will present a staged reading of the play, Occupied Territories, at the Flex Space at 33 Hawley Street on July 26 and 27 at 7 p.m. The readings are free to the public and are followed by a post-reading discussion.

Following its sold out off-Broadway run in 2017, Occupied Territories, co-written by Nancy Bannon and Mollye Maxner, will be coming to Northampton for a special engagement reading that brings together actors from the New York City production and local veterans. Occupied Territories tells the story of an adult daughter coming to terms with her father’s experiences as a soldier in the Vietnam War. Inspired by the true story of a Massachusetts Vietnam veteran and the impact of his war experience on his life and on his family, the play’s themes of love and loss resonate with audiences. As one man said after seeing the play: “It is a love story: within a family and between soldiers.”

The reading is part of a project started by the creators of Occupied Territories, where the writers, director, and actors connect with local veterans to work on the play together for a week.

“It is a powerful and moving experience to hear Vietnam veterans reading for 19-year-old characters in the jungles of Vietnam,” said co-writer/director Mollye Maxner. Occupied Territories delves into the intergenerational impacts of war on families, and it serves to support increased conversation between soldiers and civilians, and between veterans and their families.

Maxner is a native of Northampton currently on faculty at the University of North Carolina School of the Arts and a graduate of Mount Holyoke College. Her father, Steve Maxner, served in Vietnam and received care at the inpatient PTSD unit at the Veterans Affairs medical center in Leeds. Bringing her family’s story to Northampton is in many ways an act of bringing the play “home.”

This summer’s reading is a first step in bringing a fully staged production of Occupied Territories to Northampton in 2020.

Central Hampshire Veterans’ Services, the Massachusetts and Rhode Island Department of the American Gold Star Mothers, the VA Central Western Massachusetts Healthcare System, and the Human Service Forum have worked together to bring the readings to Northampton and are key community partners assisting the Occupied Territories production team.