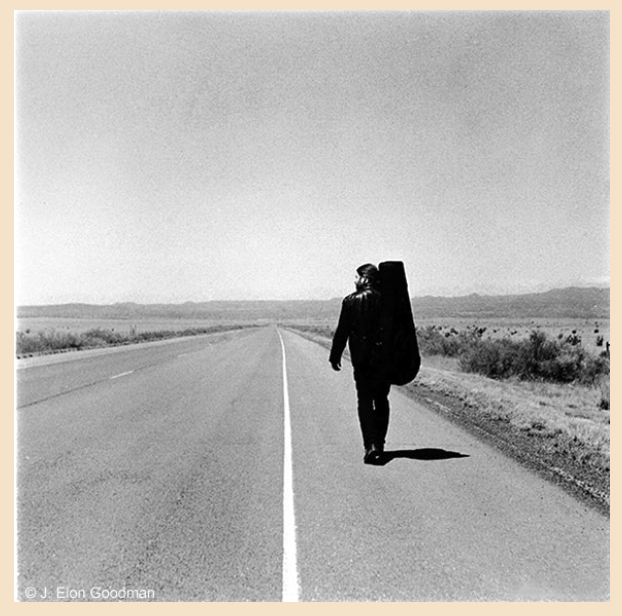 Stephane Wrembel Trio
Django in January! This is a rare and lucky night. Partnering with Django in June, the premiere Gypsy Jazz event in Western Mass, we are thrilled to welcome virtuoso guitarist Stephane Wrembel and his trio to a Parlor Session* to celebrate the release of Wrembel’s The Django Experiment IV.

“Perhaps the most creative improviser in Gypsy jazz today, Mr. Wrembel plays the guitar with a rich and colorful lyricism.” — New York Times

Stephane Wrembel is quite simply one of the finest guitar players in the world. The breadth and range of his playing and compositions are unmatched. To say that Wrembel— who learned his craft among the Gypsies at campsites in the French countryside— has already had a remarkable career would be an understatement. This prolific, virtuoso guitarist has been releasing a steady stream of music since 2006 and has truly made his mark as one of the most original guitar voices in contemporary music. Stephane Wrembel is widely known for “Bistro Fada”, the theme song from the 2011 Woody Allen Oscar-winning film and Grammy Award winning soundtrack, Midnight In Paris.

Born in Paris and raised in Fontainebleau, the home of Impressionism and Django Reinhardt, Wrembel has been based in the New York City region for the past 20 years and since his studies at Berklee. He has toured around the world and is very active on the musical scene in many countries including USA, Canada, France, Israel and India. Recently, Stephane performed as a headliner at the legendary Carnegie Hall and at The Town Hall in New York as well as at the Festival Django Reinhardt in France. Wrembel has also headlined at Lincoln Center, played major Festivals, recorded with mandolin legend David Grisman, toured with master violinist Mark O’Connor and shared stages with al long list of world renowned musicians.

More than 10 years ago, Stephane Wrembel founded Django a Gogo – Music Festival and Camp in New York City. Over the years, the event has grown to become one of the world’s most important celebration of Django Reinhardt. Django a Gogo celebrates Django Reinhardt as a composer, as a guitarist, as a Gypsy, as a free thinker and as a traveler. Django a Gogo is a space of expression for Django masters, and masters of other styles, a space of the highest musical exchange in the world.In 2017, Stephane Wrembel produced and headlined his Django A Gogo concert held at Carnegie Hall in New York. In 2018, Django a gogo was held at The Town Hall in New York. the show included many European masters of Jazz Manouche and featured bluegrass legend Sam Bush. The 2019 Edition of the Festival will be held from April 23 to April 28.

Wrembel is a favorite of the staff and audiences of the Django in June event in Northampton, MA.

The release of The Django Experiment IV marks the 109th anniversary of the birth (January 23, 1910) of Django Reinhardt, widely considered one of the greatest musicians of the twentieth century.

The Parlor Sessions
ABOUT THE PARLOR SESSIONS

On assorted winter Sundays, we welcome American roots musicians into the Parlor Room for a concert, a break for hot soup, and an all-comers’ jam. So bring your instrument with you. These Parlor Sessions are our antidote to the dark of winter. They’re a little like home, if home is a houseful of wicked great musicians. The Parlor Sessions are sponsored by Goat Peak Strings, the Easthampton shop with rare, vintage, and handmade instruments; and with generous donations from Captain Jack’s Roadside Shack, Bread Euphoria, Hungry Ghost, and Florence Pie Bar.