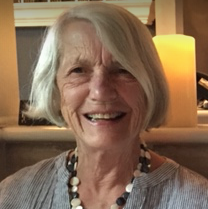 “Over or Under?
Politicians, Railroads, Citizens, and Lobbyists Clash in 1890s Northampton”
by Lu Stone

Sojourner Truth, born a slave in New York state, lived in Florence for 13 years. During her time here she developed her public voice, fighting against slavery and inequality, and for women’s rights. The talk will be an overview of her life and her connections to the abolitionists in a utopian community founded in Florence. Sojourner Truth is now a nationally recognized figure in the history of equal rights, with statues in Florence, Battle Creek, MI, the capitol rotunda in Washington D.C., and soon, Central Park.

Over or Under? In this forgotten chapter of Northampton history, the city’s dangerous grade crossings were at issue: Northampton wanted the railroad tracks to be elevated; the railroads wanted the highways raised. Pitted against the railroads’ aggressive team of political insiders and lawyers, the city and its enraged citizens fought, and won. The talk will focus the contentious campaign on the Main and North street crossings.

Wendy Sinton, M.A., M.S.W., has developed a passion for local history since relocating to Western Mass. 20 years ago. She quickly got involved in the Sojourner Truth committee and its commitment to honoring Sojourner’s life, values and commitment to equality. She is involved in developing curriculum materials and a walking tour about this local historical figure and nationally important woman with Northampton 5th grade teachers.

Lu Stone is author of “A House. A Street. A City. The Story of 17 Summer,” part of a chapbook series published by the city of Northampton for its 350th anniversary, and the forthcoming, “North to Market. Two Streets. Two Centuries. A Sheaf of Northampton Stories,” and editor of “Back Row, Back Ward. The Redevelopment of Northampton State Hospital.” She has led tours of the Market Street neighborhood for Historic Northampton. During her 40-year career in advertising, marketing and public relations, she worked with scores of public and private colleges and universities, and independent schools, to advance their admissions and development goals.