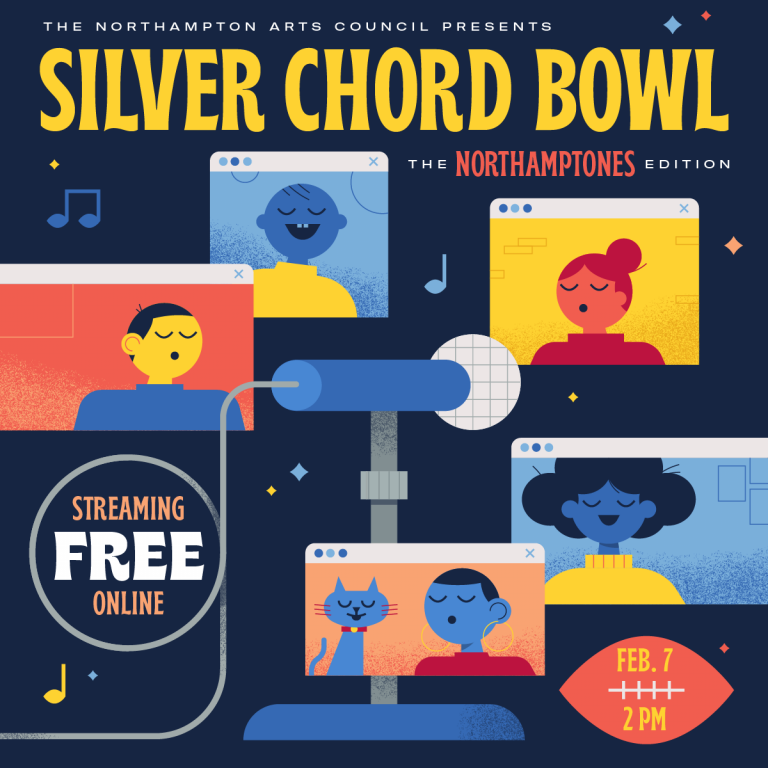 How Much: Free!
Tickets: Donate Here
RSVP: on Facebook

The Silver Chord Bowl, now in its 37th year, is the oldest and most respected collegiate a cappella showcase in the region. Traditionally hosted in John M. Greene Hall on the Smith College campus, this year’s Silver Chord Bowl will be a virtual concert celebrating 20 years of the Northamptones, Northampton High School’s a cappella stars.

The retrospective concert will showcase standout performances from the past 20 years, feature interviews with old members, and debut the newest Northamptones album. Under the outstanding direction of Beau Flahive, The Northamptones a capella group has become the shining star of Northampton High School and have continually been the most sought after local singing group year after year. This year’s Silver Chord Bowl will be a truly unique event celebrating the history of this legendary concert and its local homegrown singing heroes, The Northamptones. You will hear songs from past and present while getting a glimpse into how this year’s group continued to make music amidst the pandemic. We invite you to join us for a wonderful Sunday afternoon concert as The Northamptones once again bring our community together through song.

Four Sundays in February is one of the longest running community winter arts series in the country, the first Four Sundays being presented in 1993. The series traditionally takes place during the month of February at various performance venues in Northampton and is produced by the Northampton Arts Council.

In light of Covid-19 there will be necessary changes, most significantly no in-person attendance this year. You will be able to watch all of the performances from the comfort of your own space and the screen of your choice. 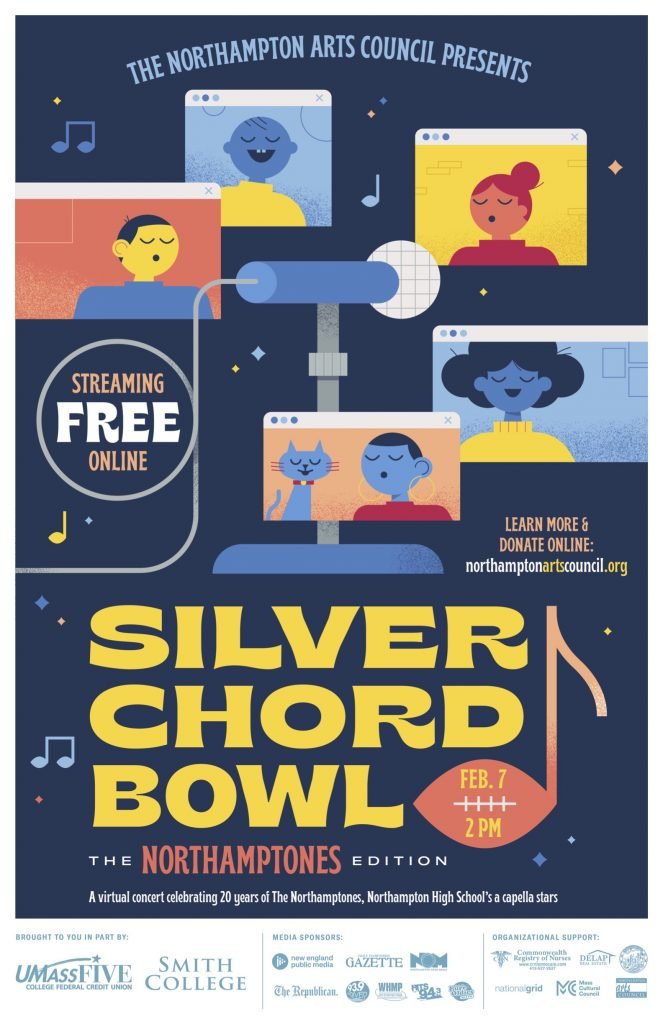