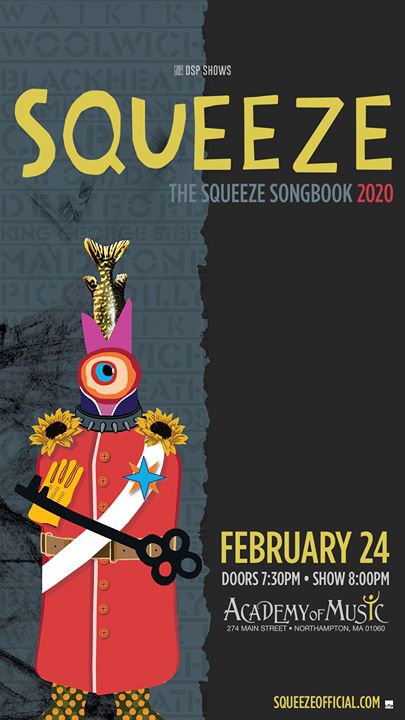 Squeeze first formed in 1973, shortly after Chris Difford and Glenn Tilbrook had begun their songwriting partnership, brought together by an ad in a sweetshop window. By 1977 they had made their recording debut and enjoyed a string of hits which lasted until 1982, the maturity of their songs outliving their initial burst of chart activity on the back of New Wave. Over the years there have been solo careers and occasional separations, but the Ivor Novello Award-winning songwriting duo Chris and Glenn reunited ten years ago to relaunch Squeeze and have been touring, writing and recording together since.