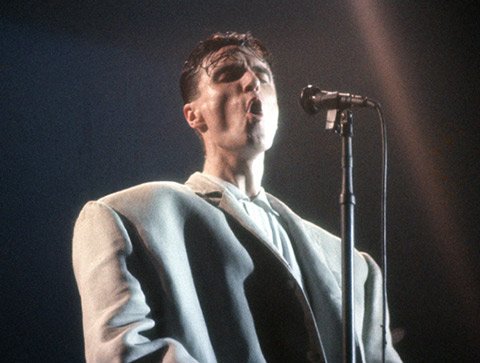 Big. White. Suit.
What more need we say?
The Arts Trust will be one of many locations throughout the country celebrating the late Jonathon Demme by screening his seminal film of the Talking Heads in concert. Shot over three performances in LA in December 1983, Demme’s creative genius, wall-to-wall music, beautiful cinematography, the legendary “Big Suit” and the band’s explosive energy makes this film an exhilarating and exciting event. This is definitely a film you can dance to…

“…not one of the countless concerts filmed in the years since ever captured a band’s energy quite like Jonathan Demme did in this film.” – Wired

Bring an old blanket to sit on or a low chair to lounge in, and take the opportunity to have a quick look inside 33 Hawley as we prepare to partially open the building this fall.