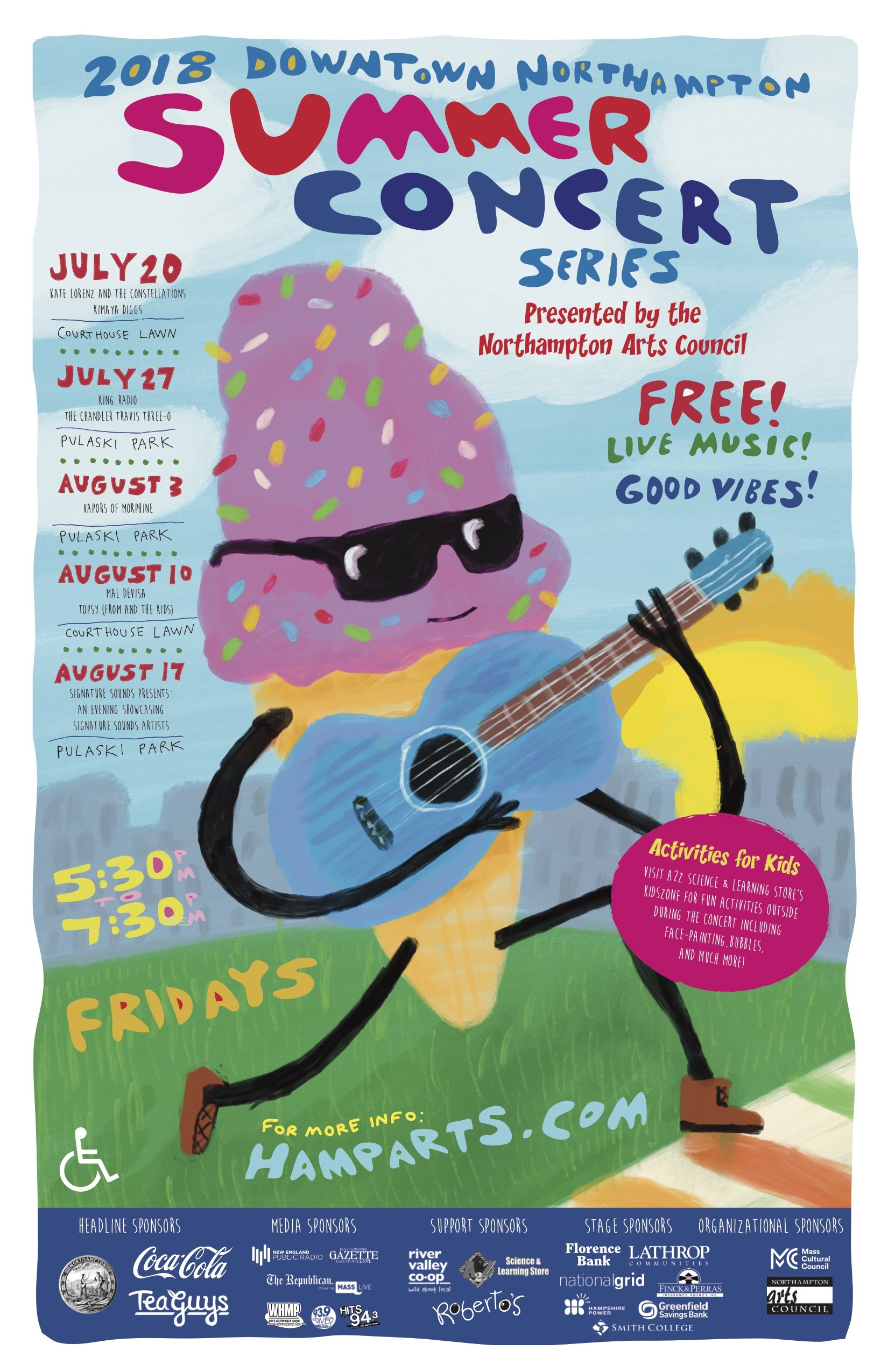 Vapors of Morphine headlines the Academy of Music Theatre at 5:30PM this Friday August 3rd. Admission is free! The Northampton Arts Council has moved their third installment of the Northampton Summer Concert Series from Pulaski Park to the Academy of Music Theatre due to weather concerns. Come join us while we rock out with Vapors of Morphine from 5:30pm-7:30pm!

About Vapors of Morphine:
Having taken their name from Morpheus, the Greek god of Dreams, the ’90s band Morphine pioneered a new type of music – “Low Rock” – that had fans grooving worldwide. Seductive, sultry and intoxicating sounds flowed from their wildly innovative lineup: a baritone saxophone, a 2-string slide bass and drums. It was their unprecedented fusion of blues and jazz elements with alt-rock arrangements that gained them critical acclaim and five studio albums in under a decade’s time.

Morphine burned bright and fast but their flame was snuffed out before its time when front man, Mark Sandman, passed away suddenly on stage in 1999. From those ashes have risen Vapors of Morphine and they’re playing with a new fire. Following the internationally acclaimed documentary, Morphine – Journey of Dreams (2014), by Mark Shuman, their new project fully emerged. A mutual passion for experimental & exotic music pervades Vapors of Morphine’s 2016 debut album, “A New Low”, while their love for live performances fueled thrilling tours across Europe & Russia and South America in 2017.

Their ethereal soundscapes are an incense offering to Morpheus, the Greek God of Dreams who was Sandman’s muse: “…we were dreaming, Morpheus comes into our dreams…and we woke up and started this band.” – Mark Sandman