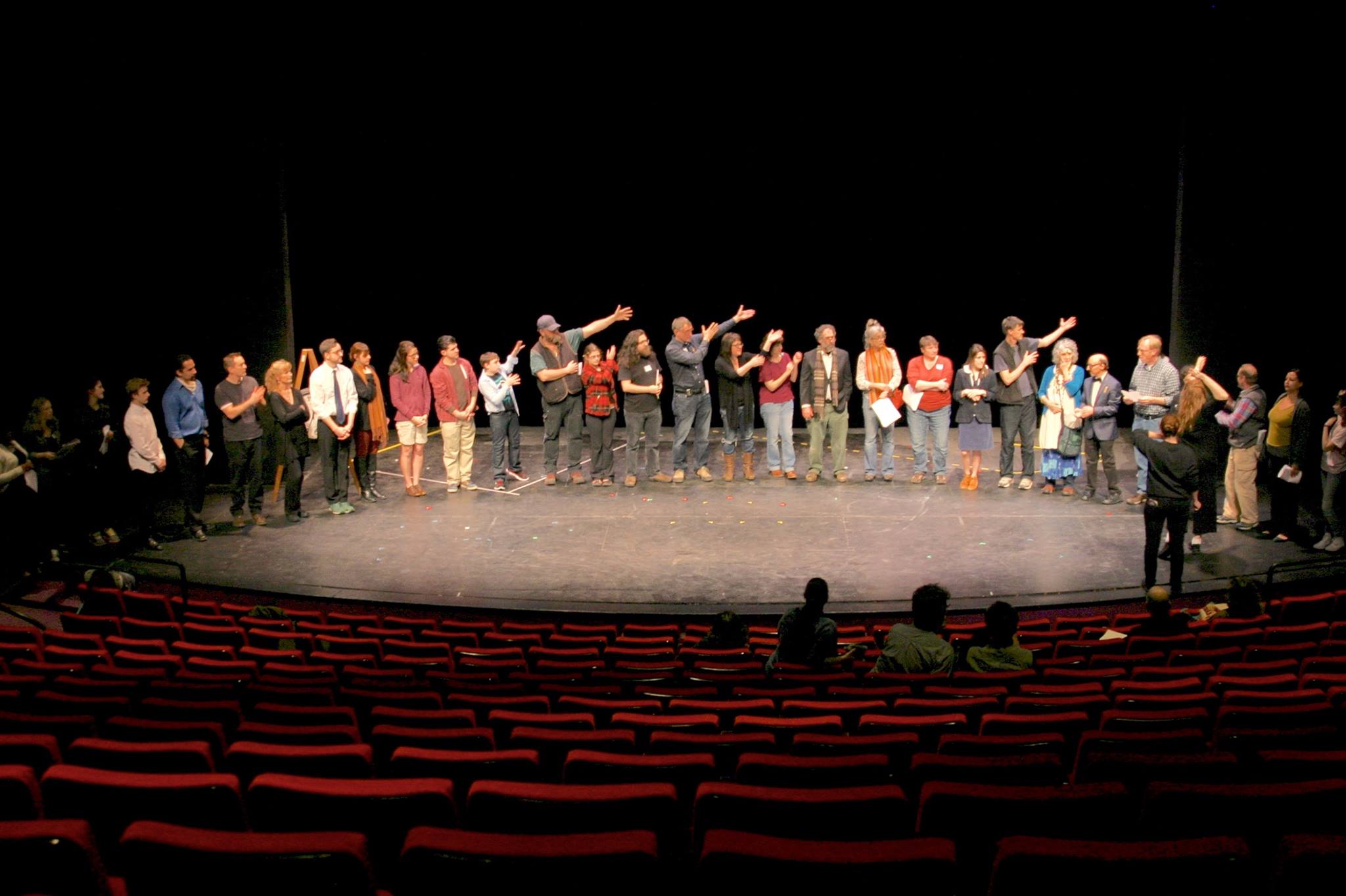 TICKETS: Advance at Brown Paper Tickets with link at www.nohoarts.org

Northampton, MA—Let the countdown begin to the 24 Hour Theater Project, a dramatic race against time to bring five short plays to life. The Center for the Arts is proud to revive its role as host for this beloved and highly anticipated event founded in 2002 by playwright Tanyss Rhea Martula. Two performances take place on Saturday, November 3 in the Flex space at 33 Hawley Street. Tickets are $18 general admission/$12 students. (Student price valid for 9 pm show only.) They are available in advance at Brown Paper Tickets. Any remaining seats will be sold at the door for $20 general and $15 students with payment by cash or check.

While the premise is simple, the execution is anything but: within 24 hours, five ten-minute plays will be written, rehearsed, directed, produced, and staged. The culmination of this day-long burst of creativity are two public performances, often standing-room-only, showcasing local writers, actors, and directors. Previous 24 Theater organizer Liz Foley once described the event as “theatrical mayhem,” and it makes for an entertaining evening full of surprises.

This year’s organizational duties were handled by Susanna Apgar, Kyle Boatwright, Michael Charland-Tait, Mark Gaudet, Troy David Mercier, Myka Plunkett, Linda Putnam, Tomàs Roche, and Jaz Tupelo. While there are many returning favorites among the writers, directors, and actors, the committee made it a priority to seek out some fresh new voices for this year’s event. “The 24 Hour Theater Project is not just about the plays that come and go.” notes  Apgar, “It’s about building the Valley’s theater community by growing our relationships with one another, and with our audience.” Veteran 24 Hour Theater Project playwrights Phil O’Donoghue and Tomàs Roche will be joined by Melissa Dimetres, Betel Arnold, whose play TIGHT PANTS delighted audiences at West Springfield’s Majestic Theater this summer, and Siobhan McManamon, who recently kicked off this season of the Smith College New Playreading series with her play BEAR HUG.

Another new face for this year is the venue. The organizers of the 24 Hour Theater Project are excited to bring this celebration of our community’s theatrical talent to the Arts Trust Building at 33 Hawley Street, home of the Northampton Center for the Arts.