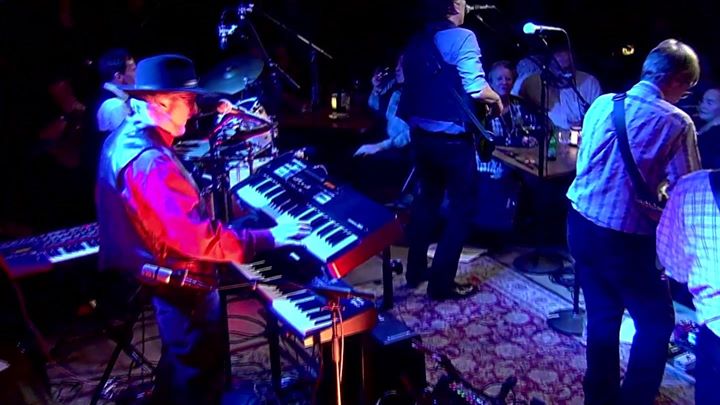 If you like the music of The Band, you’ll love The THE BAND Band, the only nationally touring band dedicated exclusively to the accurate reproduction of The Band’s music, bringing it to life with authentic, true-to-form renditions of their extraordinary repertoire.

The THE BAND Band returns to the Iron Horse to celebrate the 50th Anniversary of The Band’s eponymous second album, a.k.a. “the brown album.” Considered by many to be their masterpiece, some favorite classics on the album include “The Night They Drove Old Dixie Down,” “Up On Cripple Creek,” “Across The Great Divide,” and “Rag Mama Rag.”

The acclaimed group The THE BAND Band is the most musically satisfying tribute to The Band on the scene today. While The Band may be long gone from the stage, The THE BAND Band is keeping their sound and spirit alive and well with authentic, true-to-form renditions of their legendary repertoire. This group of veteran musicians showcases the astounding breadth and depth of The Band’s distinctively original Americana music with the classics as well as deeper cuts from The Band’s vast catalog. The THE BAND Band brings the songs to life with the energy and excitement of The Band’s legendary concerts, earning the praise of audiences and critics alike.

Come on out and catch the show!