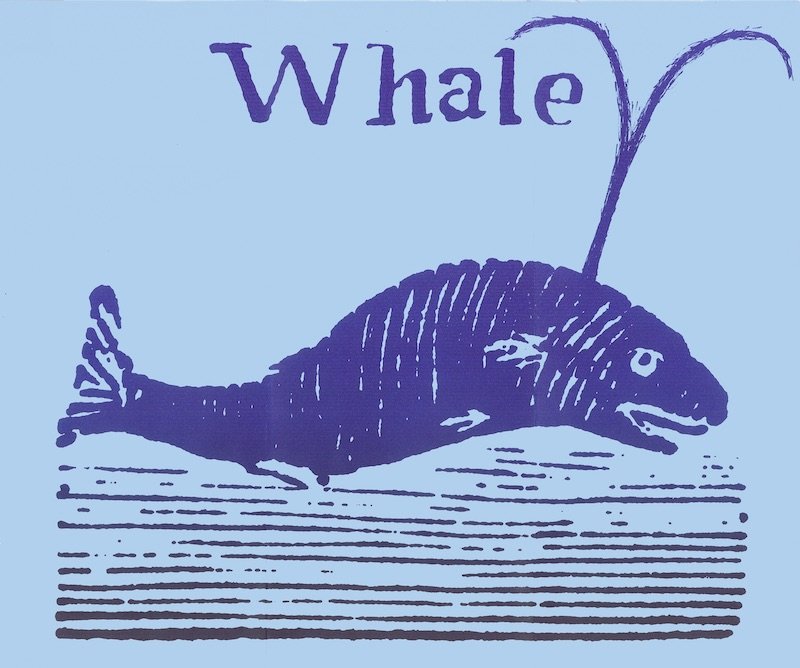 On View: January 2-10 (viewable from the window only)

Friday, January 11: 3-7 pm. Gallery open for visitors and to speak with Fred and walk inside the whale!

Fred Morrison’s inflatable life-size replica of a Fin Whale is currently visible through the Window of A.P.E. Gallery.  On Friday, January 11, Arts Night Out, the Gallery will be open from 3:00 to 5:00 PM, for parents and their children to investigate the model inside and out to get a sense of the size and magnitude of one of the largest whale species.  The inflatable Whale was publicly displayed first in 1980 as part of the Afterschool  program at A.P.E. when it was located on the top floor of THORNES.  Morrison, a former science teacher in the Northampton School System, will be in the Gallery to answer questions and to talk about the Fin Whale, Balaenoptera physalus, a type of baleen whale.  For more information go to http://www.apearts.org/current.html 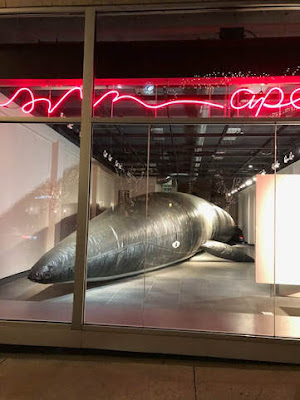 In the mid-1970s local science specialist and naturalist Fred Morrison* built a life-size, 72′ long fin whale (also known as the finback whale and because of its sleek, muscular form, as the “greyhound of the sea”). Working in a gymnasium in D.A. Sullivan School, Fred worked over the course of three days and one long night, measuring, cutting and taping. Finishing around 3 a.m. he started the fan, walked up into the bleachers and watched as the whale inflated. He recalls he couldn’t stop smiling and laughing.

Since then, the whale has traveled all over Massachusetts and was viewed, inside and out, by thousands of people.

As of January 2, for the first time in nearly 40 years, the whale has returned to Northampton’s Main Street and will be on display at A.P.E.’s gallery  through January 11.

Please stop by–take a look through the window! On Friday, January 11 from 3-7 pm, visitors can come into the gallery, walk inside the whale and hear Fred answer questions about the whale’s construction as well as the natural history of the fin whale, the second largest animal on earth!